This has been a harrowing few weeks for me and everyone who loves this site.

As you may know, over the last several months we've been experiencing what I would describe as a shocking number of hacking attempts. We fought them off and fought them off and finally, one made it through and covered the site in scary black screens and threatening sounds for a few days. When I managed to clean that up and keep them out, someone else resorted to a denial of service attack that brought down the site and drove my hosting costs through the roof at the same time. To avoid going into debt, I had to take the site down briefly while I moved to a new server and worked, once again, to bolster security.

Many of you have written to express concern over the site's future, and also gratitude for the service ever being provided even if it were fated not to come back. I can't tell you how comforting that has been during these struggles. No one has been rude, pushy or demanding. It's refreshing to see that despite some nasty people, there are more who are good, decent and caring. Thank you, truly.

I know many of you have been eager to know what the fate of the site will be, and I want to reiterate: I am still committed to providing and improving these tools for the long haul, even if we're having a brief period of difficulty right now. In the grand scheme of things, this is a hiccup, and I know we'll all persevere together. I'm very sorry for the inconvenience in the meanwhile!

Thank you so much for everything. You are truly amazing and so important.

This web site is one of my tabs that pops up when I open my web pages, I use it a lot. I'm so glad to hear that you've managed to bolster yourself against these thugs and hope your site stays around for a long time :) Thanks for all your hard work :D

Nice to see the site back up. Do you have a twitter or something like that that we can check for updates in case the site ever went down again?

The website has helped for years, exactly early 2013 when I started utilizing it to garner my art ability. Thank you for your contribution to the art communitity; all the best. I hope you will keep trying!

Also please look at this! I followed the destination of the hackers!!

It's absolutely horrifying who they are and what they're doing, I found it so cunningly evil, like a massive cultivated competition to 'deface' as many websites as possible 'within teams', is there no stop to the cruelty of men?

I hope this helps!!!

Alas, there's been more than one group involved (or at least claiming credit) in causing trouble and attempting to cause trouble. But I thank you for your vigilance!

Thanks for the time and energy you put into creating and maintaining this valuable resource. Myself and a lot of other artists I know have all gotten a lot of use out of it. The time I've spent here has made a significant difference in my art.

I'm often approached by people at conventions who want to know things they can do to improve their abilities as an artist and this is always 1 of the first resources I suggest.

I was so happy to see the site back online! I've been using your practice pages for the past few weeks, and I really appreciate what you have to offer here!

Glad the site is back and THANK YOU for all these!

Oh I was so surprised when I find out the hacked site. I concerned about it so much time, and now I'm so pleasant to see that site is alright! You did well and I want to cheer you up. Always thank you very much. :D

i dont know what i should told you.
just THANKS !!

Thank you so much <3

So glad to see that you are back! Had no idea that hackers were behind the downtime. As mentioned earlier, do you have a twitter account or something so we can stay up to date on what's going on?

Glad the site is back up. It's a valuable resource!

You might want to check out Squarespace. I use it for the very reasons you mentioned. It's not free but the security rests on their shoulders and they're pretty good.

Yeah, I didn't really know how much I appreciated this site until one morning it didn't open up on my home tab. I began messing with my computer thinking it was my internet connection or something but then realized that maybe this site was no longer available. At that moment I was sad and really felt at a loss thinking about how I would have to try to replicate what You offer on this site. I really enjoy the 'Practice Tools' the most and use it frequently now. As others have already said here I would like to agree in that we really appreciate all that You do and offer on this site. Thank You very much.

I had recently discovered your website before you were hacked. I was so concerned. Thank you so much for fighting to stay on-line. I admire your dedication.

Awesome! Glad the site is back up!

Glad to hear that the site is here to stay! I'm just starting to move past doing headshots in my art (only recently started improving my artwork overall) and so I'm going to be using this website a significant amount in the future for figure drawing. I'm honestly not completely sure what I'd do if I didn't know about this website. Thanks for keeping it up, good luck in the future. :3

Thank you so much Kim.I`m leaning painting art myself in Japan.and i find here yesterday.i am happy to save here from some accident:)

What kind of a lowlife jerks attack a site like this? Whoever did this is definitely has a really boring life..he needs help.

Omy gawd thank you TT w TT Im so relieved that you will still continue, you've been a GREAT help TT w TT So glad to know , I cant express my happiness enough with a comment > ////// > ........What is the purpose of hackers on attacking this very helpful site? >:(

Do you offer workshops or lessons? I have your book "Watercolor Basics-People", and refer to it often. Do you sell DVD's in art instruction?

I am a member of Quimper Art Club in Port Townsend. I was so suprised to see that you live in P.A.

Well, count on me donating to help out.

Hello I have been reading about your difficulties. I have only been on your site a couple of times. Wanting to improve my art during winter months. Cannot seem to be accepted with my details. Hope to have more success now we are communicating. Regards yvonne

You are an invaluable resource and I am extremely excited to see that everything turned out okay!

Ok, thank you. So glad that this site is remaining open! :) Awesome.

I don't get it. Why somebody hacks such websites? Keep it up! Good job!

Thank you so much for your hard work. I am a college student art has always been a passion of mine and this site is one of the ways I always practice :)
Just want you to know that I really appreciate this site and your work (and whoever else helps run this great place)

I've only just found this site and I can't believe how much of a gem it is, it's gonna help me so much! I love art but I've been having problems with anatomy and drawing people walking in the street isn't helping so much. Seriously, this site is awesome. I hope there aren't any more hacking attempts or anything, it would be a shame if such a useful tool were to go away :(

thanks a lot for letting this site keep running!

Thanks a lot for the hard work and an amazing and helpfull webpage! Keep it up, it is really appreciated!

This site is an amazing resource. I'm glad you're able to keep it going.

Thank you for all the work you put into it.

This kids sucks... hackers are the worst!

I'm so happy to see you site back!
I have to say the site really help me a lot.It's one of the best sites I ever seen.
THANK YOU FOR EVERYTHING!

Have been recovering from shoulder surgery for a long time... just came back to the site and learned of all the problems with hacking. You are our HERO!!!!
Thank you for so many... for not giving up!!!!! 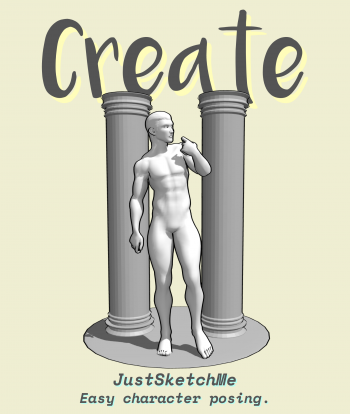